From the research that used to be, until dragged down and sent down the memory hole — Hydroxychloroquine was the inexpensive godsend for COVID sufferers, that if taken prior to contacting COVID, will ward of the disease, and has be found along with therapeutic (large) doses of vitamin C and D can serve to aid in complete recovery — like many of those who contact COVID-19 are doing anyway. But hell that cure won’t work and the Lancet study that said it caused heart problems until they redacted the whole paper. And the word is, these studies are bought and paid for by…the usual suspects, *wink wink*.

One needs a new very expensive thoroughly researched (yeah okay) messenger RNA vaccine glowing a fluorescent blue as it is eased into your veins. This new space age concoction, its RNA messenger code splices/inserts itself into your genetic makeup and implant itself in the library of you, and voila’ you’re body is a factory producing your own medicine. This new experiment being foisted onto a global population ‘is’ one large global laboratory experiment.

WOW…that’s exactly what I want to be in…an experiment on a planetary level. I want to be a little medicine factory producing what? Forever. With my genetics all whacky now. I’ll be glowing blue in the dark and want to hang around with bats.

“Don’t ask so many questions, Michael, it’s all mumbo jumbo, you need a Ph.D. to understand and besides ‘we all this together’ and more than likely there will not be any ‘serious adverse event‘ and the boys and girls of Operation Warp Speed are working day and night, night and day like superheroes in white coats splitting, splicing, zapping and tweaking till they get it just so right. Not too hot and not too cold…but in the meantime they create billions of doses without testing. Because we are all in this together and…and ah…”

Sure taking a long time, I don’t wait this long at Wendy’s during COVID,  I wonder if the new vaccine, when its finished, maybe months, maybe 18 months from now, maybe its done already, and Bill wants us to say ‘please’ will be any good, as the COVID virus mutates approximately 25 times a year, and the regular old flu mutates roughly 50 times a year. The new blue jab might be the wrong version, it might be five mutations behind maybe 25 mutations behind, and COVID by that time will have overtaken Influenza A (H1N1) as the new old flu of choice that has its own season. Winter spring, summer and fall and the flu season. 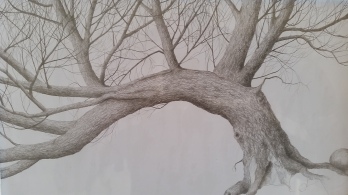 But wait, in a study using 45 people; 15 for a low dose; 15 for a medium dose; 15 rough and tough and hard to bluff young fellas with a triple-A seal of approval about their health. 15 fellas, the military would not turn away. Fit as a fiddle and ready for the big dose, the big, big dose,. the heroic dose of the new electric blue vaccine. Three out of 15, that 20% of the youngsters that got the high dose fell ill, with a ‘serious adverse event‘ within 43 days of the jab. Now I don’t know what a ‘serious adverse event’ is, but it sounds terrible. What does that mean? Did his hair fall out? Was there blood and wretching vomit? Was a priest called, and was the poor fellow a Catholic and the most important part was he an Irish priest, for god’s sakes?

I would say this vaccine is going to cost a fortune and one might have to sell a body part, or their youngest child to get it compared to a, $0.64 Hydroxychloroquine (HCQ) tablet, and speaking HCQ why is the U.S. government selling Brazil two million doses if it doesn’t work? It is a sort of trial, that Brazil and America are trying, between presidents that is. That huge number of tablets are being used to protect health care workers and those that get infected. Now the president has been taking it for a while now to warn off the little COVID, and if President Trump is taking it, I would say its good for me, because Trump has an ability to fall butter side up every-single-time.

“I take it because, I think, I hear very good things,” Trump said, adding that he has heard of frontline workers and doctors taking it as a preventative measure. — U.S.News

So, if doctors are taking it…

When asked why he is taking HCQ…

“The president said he asked the White House doctor if he could take the drug, which has long been used to treat malaria, along with zinc.

When asked about the evidence behind using hydroxychloroquine in relation to the coronavirus, Trump said that he’s received “a lot of positive calls about it.”

“I want the people of this nation to feel good. I don’t want them being sick, and there’s a very good chance this has an impact, especially early on,” Trump said during a meeting with restaurant executives.” — U.S.News

Put your hand on the bible now, and let me hear a big amen!

All images and writing are the copyright of Michael Burns.