…Air particles of miasmata, small pollutants that gaining access to a healthy body brought sickness and ill health. Miasma was the effect and product of environmental factors and haphazardness and carelessness and ignorance by those in authoritative positions…

“The miasmatic position was that diseases were the product of environmental factors such as contaminated water, foul air, and poor hygienic conditions. Such infection was not passed between individuals but would affect individuals within the locale that gave rise to such vapours. It was identifiable by its foul smell.” – Wikipedia

Miasma explained cholera that contaminated towns and villages and cities like London Paris and Rome.

Dr. William Farr the assistant commissioner of London was the one who claimed that there was contamination of the Thames riverbank system of which many earned a living from, and miasma explained the disease of urbanism and foul air and wastewater and raw sewage.

It is from Dr, Farr that we gain Farr’s law of epidemics…

“If the latent cause of epidemics cannot be discovered, the mode in which it operates may be investigated. The laws of its action may be determined by observation, as well as the circumstances in which epidemics arise, or by which they may be controlled.”

But germ theory persists and is fervent in its belief that bacterium and viruses, germs are the real problem. But then, in the end it is finally all about economics?

On one hand it’s about spending money cleaning things up, and on the other, it is about making vast amounts of money, oceans of money, and the devil take the hind quarters.

All this is a countermeasure and stifles the understanding of fermented foods and the biome of the human body, exercise, clean water and air, understanding of the polyvagal theory of health, restriction of toxins and the elimination of heavy metals like mercury and aluminum from out of foods and beverages and medications, which is a wonder in itself.

Now a coronavirus is a family of viruses that supposedly infect humans, and there are seven:

MERS a beta coronavirus or Camel flu has been sourced to the dromedary Camel some 90% of camels tested to carry the MERS virus — upwards of some 1.4 million domesticated camels, and it would seem that Arabs have a herd immunity and those who are not native to those countries would be susceptible to Camel flu until immunity is gained. As the recent explosion of tourism and camel rides tours of pyramids and ancient sites have seen people who are not natives in closer contact with these animals. Camels spit when provoked and can be lazy and obnoxious. Man has been in contact with Camels for the last 3500 years and only now we see a coronavirus jump species? Could tourism be a likely vector?

SARS-CoV another beta coronavirus was a flu that did not really cause that much damage and it was purported to being a pandemic, but in truth…

“The global outbreak of severe acute respiratory syndrome (SARS) in 2003 resulted in more than 8000 cases and 774 deaths 1. It has been demonstrated that SARS‐associated coronavirus (SARS‐CoV) is the primary causative pathogen of SARS 2–6 and may originate from some wild animals, such as Himalayan palm civets 7. Farzan’s group has shown that angiotensin‐converting enzyme 2 (ACE2) is a functional receptor for SARS‐CoV 8. The ACE2 binding site is located in the S1 domain of SARS‐CoV spike (S) protein 9–11. Jiang and colleagues have demonstrated that the heptad repeat 1 and 2 regions in the S2 domain of S protein associate to form a fusion‐active oligomeric core structure and a peptide derived from the HR2 region inhibits SARS‐CoV infection.” 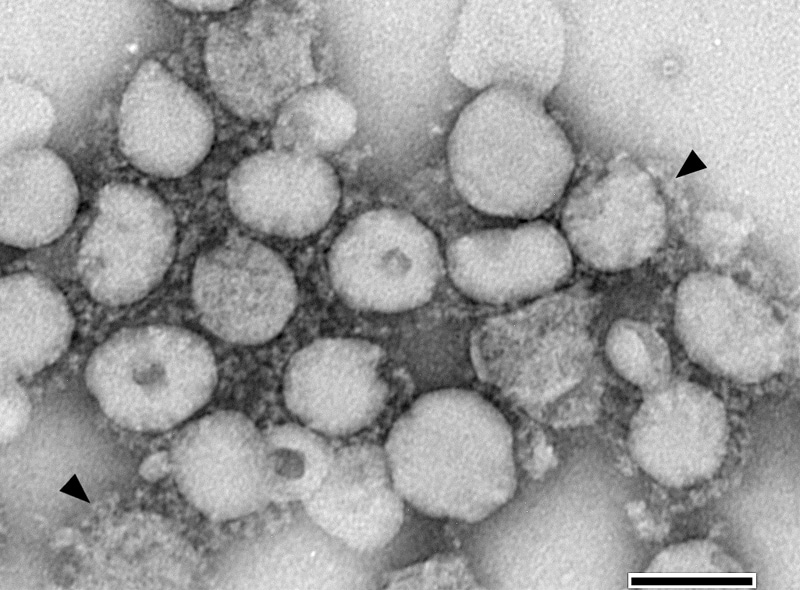 SARS-CoV-2 the coronavirus causing the infection and inflammation that results in what is called COVID-19 has been called a novel virus, but more than likely, if it exists, would be a beta coronavirus similar to SARS- CoV-1, and therefore have similar symptoms to SARS-CoV and previous flu and cold viruses, which it is turning out to be, in spite of the media’s need to make the story bleed and bleed. And to drive fear into the hearts of the public.

Remember now that media is in the business of fear and paranoia, it is in the business of propaganda. It needs negative world-changing events to peddle its garbage. COVID has been a boon for journalism and has shown how irresponsible they truly are, how sick and nefarious they are, how contemptuous they are of the public at large, and their submission to their true masters, propaganda the medical cartel and reptile politicians. And these entities have heap vast amounts of pharmaceutical money on them to keep up the fear and need for their products, their vaccines and drugs. The lock down and the dictatorship of a globe. If anything, COVID has shown the nature of your leadership, and from my point of view, it’s a swamp with reptiles.

With the race for a new vaccine, and media supported and controlled by Big Pharma, rallies to the likes of the investors in the vaccine. Bill Gates, Anthony Fauci the medical cartel and hedge funds like the Blackstone Group. Innovative new vaccines like the one Bill Gates’s is heavily invested in the mRNA-1273 vaccine of Moderna.

But its seems the virus will not play along and is diminishing, even though places like Florida cry danger.

In the images of a Novel and new Coronavirus among the other six that are hardly grounds, or have been grounds to cry pandemic. Where are the bodies piled in the streets, where are the millions that give rise to a legitimate pandemic?

The tests that are put on people, how are they not the same thing. The test is for coronavirus. Not a novel coronavirus? And there are supposedly seven coronaviruses. They are probably the exact same thing, only the most recent is driven by even more media coverage and draconian rules of a new normal, a new epidemic. The others of the past have not panned out to be millions of dead and disease running like an apocalypse through global civilization.

So, might one ask, where did the color come from, in the images released to the public. It is obvious that they have been photo-shopped, colorized to create drama and tension and for-shortening to expose tiny, tiny things a thousand times smaller than a bacteria.

This say a picture tells a thousand words, I find more artist conception of COVID than actual images. They are fierce and futuristic in their rendering. They seem to snarl and move like alien spaceships through a void. They are ultra-tech in composition with other world colors and shapes. Protein spikes remind one of the second world war mines put at sea to falter and destroy great ships. They might resemble a silent invasion by a tiny alien from another dimension.

These are intelligent guesses and reconstructions of computer information.

These are enhancements, visual theories and Photo shopped by artists who are prone to imaginative exaggeration and can’t help putting their own interpretations into the mix.

They could be the same object, and the same object could be beneficial rather than what is purported by those eager through their investments to dominate an ignorant public with flash and bang.

An unusually moist and cool year, after a long and cold winter, at the bottom of the coldest solar cycle in over a hundred years. A late spring start, a la Nina in progress has made the northern hemisphere very wet and rainy, ripe for fungi growth and an abnormal flu and cold season — follow that up with a world in turmoil and dissent.

Nefarious forces in league for your mind and heart. A vastly changing paradigm in a new normal with discoveries every single day that are wonderful but also threaten our very existence.

Invention innovations, culture and ransacking of it by filth for their own gain. The outings and the cancel culture the fear and unsureness of the future, the dictates of selfish messianic billionaires who create software for computers and have been very successful at that, and have now established enormous and vast fortunes which they aim to change the world with — who in their facade’ of philanthropy invest money into supposed medicines that manage disease rather than heal and again make insane amounts of profit at doing that supposed altruism…

These men are perverse and twisted artists that have misrepresented what they know, and have not admitted that they do not know, but have exploited for greed and their own megalomania, a world, even with this level of technology and  it is still mired in ignorance hegemony, rising socialism and a totalitarian future.

There is no COVID-19, there is the regular old flu that had the assist of a terrible weather this last year and a stress level of 9.9. What has changed is the media fiasco and the rebranding of seasonal event that has killed well over 200,000 people in America over the last four years, and has hospitalized tens of millions.