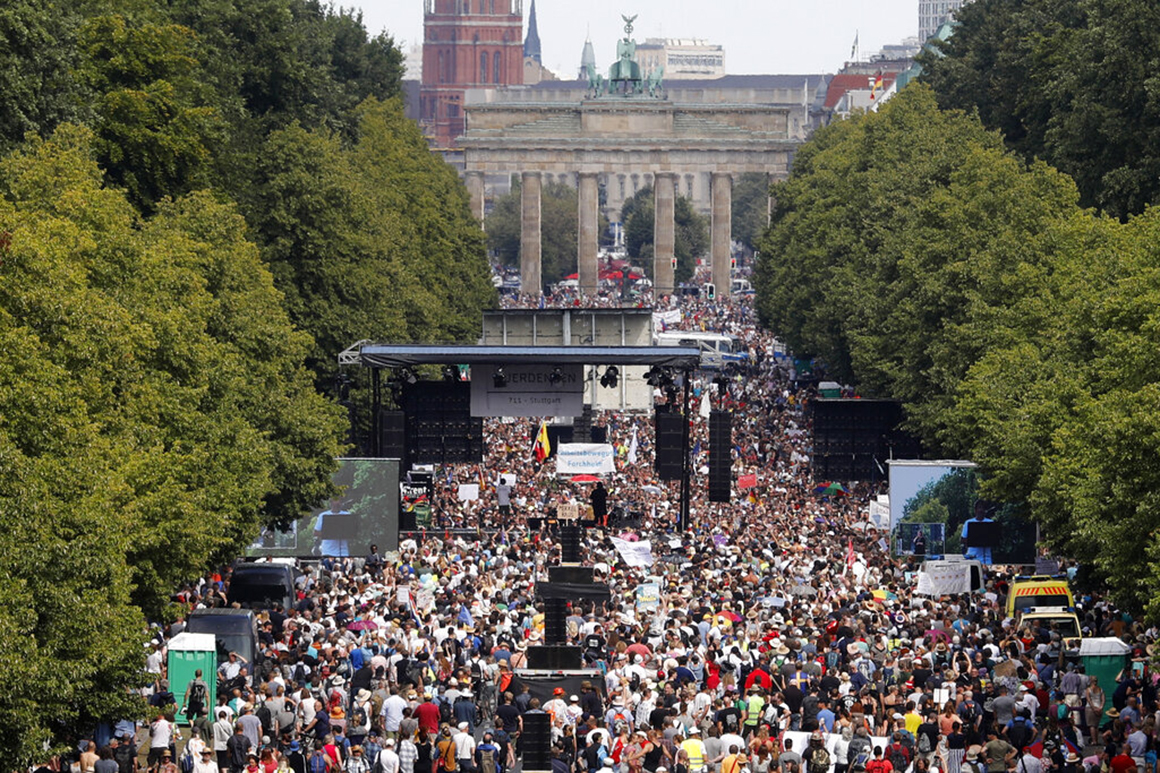 So, Germany was on meltdown this weekend, protesting the COVID lock-down… losing their shit… SICK AND TIRED AND THEIR NOT GONNA TAKE IT ANYMORE…

Open the economy you political!

I decided to do the article in pictures today, they say a picture tells a thousand words…or maybe 17,000 words. Seems that is the popular number of most of the websites I visited to put this together. The same scripted nonsense about a legitimate protest…

“The gathering, estimated by police at 17,000, included libertarians.”

“The police said on Twitter that over 17,000 attended the protest.” 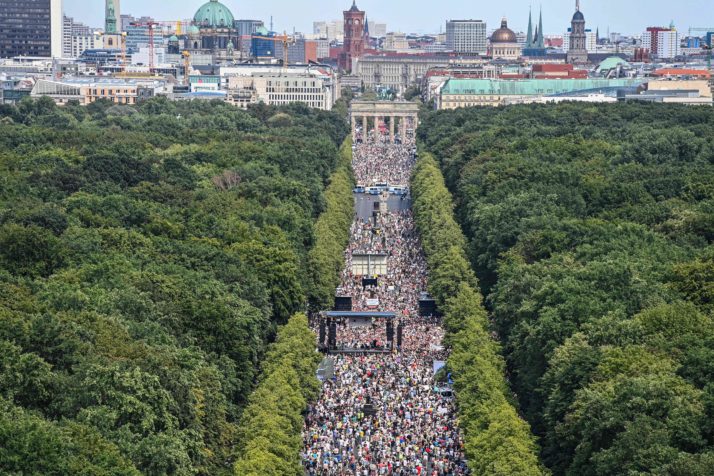 “Police estimated about 17,000 people turned out.”

Actually, it was over a million people, somewhere around 1.3 million protesting the lock-down and the word ‘Nazi’ was associated with the protesters, police are trying to lay charges against the organizers.

Andreas Geisel, the Interior Minister for the city of Berlin, said that neo-Nazi organizations had called for people to participate in the march. Of course, Andreas also accused spooks of stealing masks…

“On April 3, Geisel accused United States agents of appropriating a shipment of 200,000 face masks meant for German police from the airport in Bangkok.”

Nazi’s, they are everywhere, they have even taken over Cape Breton Island from news broadcasts from back east.
The German protesters against the COVID-1984 lock-downs called it the “Day of Freedom and the mainstream media is trying their best to put a Nazi slant on that, because “Day of Freedom” is the title of a Nazi propaganda film.
What a coincidence!
A report from MSN News also counted small numbers of people at the protest and went on further to say…

“[…] ranging from far-right extremists and conspiracy theorists to supporters of the anti-vaccination movement and followers of esotericism — flocked to Berlin to vent their anger at government-imposed restrictions to curb the spread of coronavirus. In front of the city’s iconic Brandenburg Gate, people shouted “we’re the second wave” and “resistance.”

“Some of the protesters were seen wearing Nazi-era Stars of David on their chests that read “not vaccinated.”
Ah, the picture is becoming even clearer…Nazi’s, Jews and Conspiracy Theorists or CT’s as we call em in the biz…and we know about them.
In the Guardian, they stated similar low numbers in the protests that happened all over the country, they went on to quote Saskia Esken…

“Saskia Esken, the head of the Social Democrats (SPD), criticised the police for intervening too late. “They could have broken up the demonstration far earlier than they did,” she told German television.

Esken herself drew criticism for referring to the protesters on Twitter as “thousands of Covidioten” – a play on Covid and idiots. She defended her remarks, stating that the participants were “enemies of democracy”.”

Translation: “My health, my decision …”

Yeah like global economic collapse, broken families and starving people, and schools closed and churches shut down and all the fun sucked out of 2020. 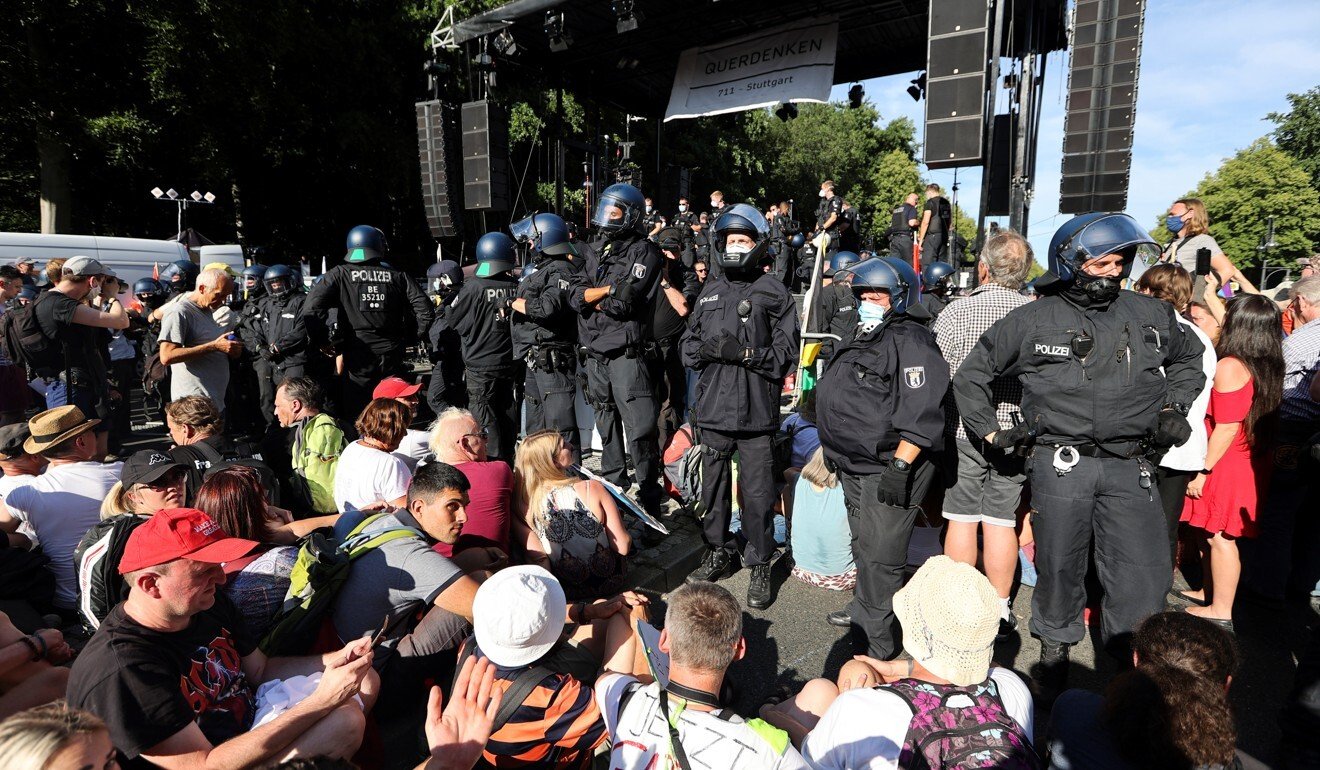